Child labour is a complex problem. For this documentary we have spoken with children in Cameroon, but also with their parents and with NGOs to understand what decisions and justifications child labour is based on.

END_OF_DOCUMENT_TOKEN_TO_BE_REPLACED 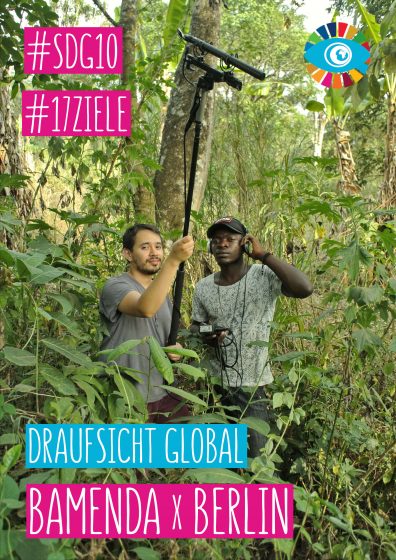 Since 2017, fighting between separatists and the army in the western regions of Cameroon has forced half a million people to flee violence and arbitrariness. This also affects Draufsicht.

But how can a youth encounter project discuss the goals for sustainable development of the United Nations while villages are burned down less than a hundred kilometres away?

A film evening with short documentaries on the so-called “Anglophone crisis” in Cameroon and what it means to make films together under these conditions.

In case of bad weather the event will take place inside.
With the entrance fee (6,50€) you support our partner team in Bamenda and finance the evening. If you can’t afford the money, please contact us. 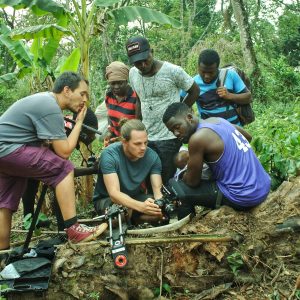 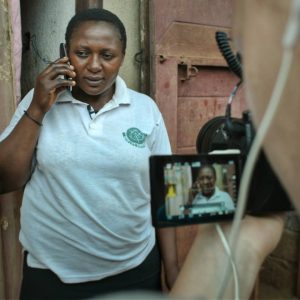 This is the story of a family that has become refugees in their own country.
But sadly it is also the story of our own film team in Bamenda, Cameroon.

Since 2017, fighting between separatists and the army in the western regions of Cameroon has forced half a million people to flee the violence. Worldwide, about 40 million people are regarded as internally displaced persons. As long as they do not cross borders, however, they and their suffering remain invisible to the public.

“Determined to Survive” is a film by

and with performances by members of Draufsicht Bamenda.